Berki, Judit: Facing up to the rejected I-part of our

If you often see a life situation in which people are placed in close co – relationship, friendship, work, neighborhood -, who for some reason is very sympathetic and/or unsympathetic, it may indicate that the other party carries something that You still, in itself, is not recognized, not adopted. 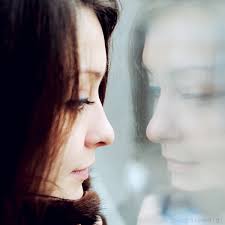 Could this be hype or on the contrary, pulling back, maybe to express a high degree of, or on the contrary, the environmental manipulation ... is That a positive or a negative attribute if it is essentially all the same. In all cases, if the other party is a powerful reactions in youthe also indicates that someone taught you – about yourself.

The analytical view of the unconscious we have enough population company lives: the self is not a conscious part of which we reject (such as a strong woman, a weak, dependent girl a picture of that "shadow" is called the Jung-s-psychology), or which are not known at all for ourselves (e.g. the women, the animus, the spirit man-part, men and the anima, the self, the female part).

As a general rule, the more extreme someone's conscious attitude, the more extreme the opposite position, representing the shadow. That's why, in fact in any life situation, when a challenge is in front of the point of view in supporting us, us to confront is our shadow, or the animuszunkkal/animánkkal. Thus way we have awareness of them, get to know them better, and conscious of the disks to cut the extremes of them and your own point of view.

For example, if we believe that the sweet yet slightly unhealthy, then, to say, a close friend, we know that he's free to consume candy, this is a chance for us to see the emerging reaction of our relation to figure out how one-sided your perspective is. It is also possible that their own behavior in relation to wake him, so that, say, once or twice a year celebrations relating to the for us surprisingly and inexplicably – lose control the candy consumption over. These experiences are also the tudatosulás serve, because they call to our attention that there are repressed subconscious content of our which are rejected they due to suppression, we, however, want a place in our lives.

With that, if we are willing to do something about the uncomfortable feelings that a person in the outside world and their own behavior is causing for us, if we start the tudatosulás necessary for self-awareness work, give a chance to self improvement become. The self-awareness work can start on the regular log management, which described feelings, thoughts. Proposed in this respect, in a safe environment and the displayed emotions, and thus, over time, integrate the rejected I-parts. This way you will increase not only the knowledge of self, but the self-acceptance, too.

Translated by Yandex.Translate and Global Translator